Explore Iceland with D – Travel! Tours are tailored to your wishes.

Very good experience, the tour guide is also our driver, very funny, and very responsible,very good service,bus was comfortable. I can recommended this tour whit D-travel..

Hello everybody, I was so happy with the trip to Iceland. We saw so much and we a specially liked the personal attidute of the owner Dusan. Great tours. keep upp, See you again soon.

this is the best travel agency such I traveled. professionally organized tour, family atmosphere, great driver and great tour guide. I recommend. Island is magical

I’ve been to Island for the first time and the country is simply amazing….I am surely coming back to see more of it. These guys…D – Travel….were really great.I can only recommend them

Very nice trip with a friendly mood driver and large portions of good food fish :). Every day, we visited points of interest.

We just returned from our trip in Iceland. It was a great time with this travel company. The bus is very comfortable and the tour guide and driver was very nice.

I was on a trip with the D Travel in August. Dusan was very nice willing stop and out-planned route to show us beautiful places in Iceland. -Coffee Refreshments, chocolate and mineral water is provided free of charge, of course, WIFI, a group of very appreciated. And I encourage all in the future if we go again on the ISLAND…

We did 5-days trip in Iceland with company D-travel. Our experience is extremely positive route was chosen great and the driving skills and customer oriented approach of the driver and the guide were excellent. I would highly recommend it.

Mr. Dusan’s services are unparalleled. Well, they may be compared to some, but only to best of what Iceland has to offer. His new 18-seater Mercedes bus was very comfy, had coffee and other beverages always ready when we did stops (and that he really showed us not only those well-known places, but also some off the beaten track ones)…

I went with my family at trip on Iceland around week ago. I have chosen D-travel and it was a good choice. The driver was really nice and helpful 🙂 He took us on a great trip of wich we will never forget. I reccomend D-travel company. Next time we will come to Iceland selection will be the same. Thank…

The driver of the minibus is really nice man, who has no problem to change program according to your requests. He is friendly and adaptable. The trips with him are suitable for young but also for older people. He knows many secret places on Iceland, so your trip could be really special.

Anka“I was on Iceland with organized group, we were exploring the west and the south part of Iceland.”
PreviousNext

Velkomin til Íslands or in English Welcome to Iceland! And forget about everything you’ve heard about Iceland before.

The Eurasian and the North American tectonic plates whose turbulent interactions formed Iceland
can be seen in Thingvellir National Park, part of UNESCO World Heritage.

The nature of Iceland is volcanically and geologically active. The interior consists of a plateau characterised by sand and lava fields, mountains and glaciers, while many glacial rivers flow to the sea through the lowlands.
Iceland is warmed by the Gulf Stream and has a temperate climate despite its high latitude just outside the Arctic Circle.

Get ready for breathtaking sceneries and mesmerizing landscapes that will remind you of elves and Vikings, Iceland’s first settlers. Iceland has only two seasons – summer and winter. 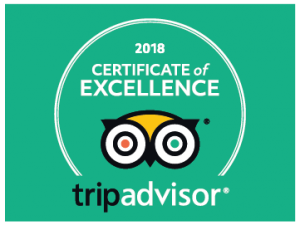